Your Guide to a Feminist Wedding 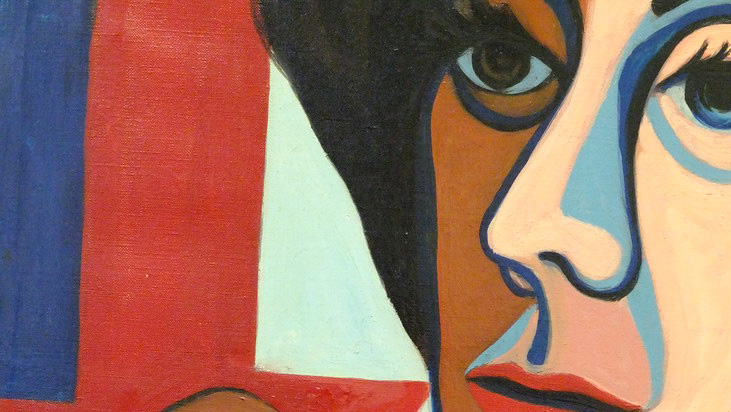 It’s tricky to find the balance: to plan a wedding that feels traditionally legitimate and steeped in ritual, drawing on all those romantic movies we grew up loving, without reinforcing the antiquated gender roles that informed them. But many modern brides are taking strides to adapt those traditions in ways that work for them, creating new feminist wedding traditions that feel relevant today. It's probably easier for the wedding industry to keep bride and groom as separate categories, but many women are finding ways to change things up and make a statement against patriarchal symbolism and tropes. To help you get your creative juices flowing for some wedding inspiration, we’ve pulled together some of the ways feminists are reworking bridal traditions and creating beautiful ceremonies that prioritize a sense of equality.

When you picture an engagement, you probably picture a man on one knee — a great, big diamond which he places on the ring finger of the bride-to-be.

The engagement ring is an ancient tradition, which some believe dates back to around 200 BCE, when Roman women would wear rings of bone, copper, flint, or yes, gold, to signify they were betrothed — a mark of a business contract, and of female subservience.

While the symbol has of course evolved in symbolic significance over its 2,000 year history, many modern couples are nonetheless choosing to exchange engagement rings, rather than having only the woman wear one. The ring exchange symbolizes the equality between the feminist bride and her partner.

This signals their mutual decision to enter into this promise, and to announce to the wider world their decision to do so. As a result, a number of jewelers have begun making male engagement rings, as well as gender neutral rings that can be worn by either or both members of a couple.

On Division of Responsibility

One of the most antiquated misconceptions about a hetero wedding is that it should be the “bride’s domain.” Think about the insidious idea of the “bridezilla” -- a woman who, forced to plan the whole wedding, is (understandably) given to anxious bouts of micromanagement. This also often ties to the tradition of the bride’s parents paying, a kind of modern dowry, and the resultant implication that this day matters primarily to her.

Which, obviously, is absurd. Both partners are getting married, so the groom should pitch in as much as the bride. The work of wedding planning should not be overwhelmingly dropped onto one partner.

Now the division of labor and financial burden is entirely up to you, but many modern couples are prioritizing pragmatism and a spirit of equality when it comes to planning.

It’s worth considering: what skills do each of you have? Is one more of a big-ideas person and the other a whiz at logistics? Who has better attention to detail? To design? Who’s better at managing people?

Answering questions like that, rather than falling back on gendered stereotypes, will be invaluable in deciding who should plan what (e.g. “you book the caterer and florist, I’ll handle all communications with the guests”). It’s also an ideal opportunity to articulate the strengths and weaknesses that are likely to be relevant for the whole of your marriage.

The White Dress and Veil

The history of the white wedding dress dates back to 1840, when Queen Victoria wore one in an effort to bolster sales of Devon-made lace. She also wore a long, cascading veil -- almost single-handedly creating the iconic image of the modern Western bride.

While the white wedding dress has since taken on a connotation of “virginal purity,” it remains one of the most enduring wedding traditions in the modern age.

Many feminist brides are nonetheless rebelling against that tradition, customizing, co-opting or ignoring it as desired. Instead of veils covering their faces, many brides wear ones that flow down their backs, or ditch them entirely, opting for eye-catching hair accessories, tiaras, and other pieces that feel unique to their wedding day.

An alternative color, such as in a black wedding dress, is also a valid option. There is no evidence that choosing to forego a white dress attracts evil spirits. Just make sure the wedding photographer knows what to do to catch flattering backdrops for a differently colored dress.

This tradition is very much in flux. Many couples find the idea of having single gender wedding parties, and along with them, separate bachelor / bachelorette events, a bit passé.

Why should the bride’s brother stand on the groom’s side? Why not ditch the binary when it comes to picking your wedding party, and opt for gender neutral language when referring to them?

That way, you have all of your people-of-honor at your side. You can still mimic the aesthetic cohesion of matching outfits by deciding on an “accent color” for each wedding party, and picking (or having them pick their own) item to match it.

The Bridal Procession and Being “Given Away”

Some feminist brides are sharing the spotlight with their fiancés, offering equal time and attention to a groom’s procession, which has long been a tradition in cultures around the world . An easy way to strive for equality is to have both parents, not just the bride's father, walk each partner down the aisle to their own selection of music, whatever that may be.

There are also plenty of alternatives to the tradition of the father “giving away” his daughter to another man, which obviously bears the unfortunate symbolism of the bride being property. Maybe this is still appropriate for some, but there is absolutely no reason to be stuck to this wedding tradition.

Many brides are opting to walk down the aisle alone, acknowledging both of their parents with a hug as they arrive at the front of the room. Other couples are ditching the tradition of separate processions entirely, opting instead to walk down the aisle together, so that the first time their guests see them on their wedding day, they already present as a unit.

Many modern, feminist couples are either writing their own vows or reviewing the standard, non-legally required ones to extract language they don’t feel comfortable with. While the phrase “to honor and obey” is now commonly excluded from the standard Christian vows, it can be empowering to really parse the language of this promise to ensure it feels right. Yes, a marriage is a contract. But anything you say entering into it can and should feel like you, and you should be making your own decisions and observations about what will make your marriage strongest.

Legend has it, proximity to the bride on her wedding day used to be considered so lucky that single girls would try their darnedest just to rub up against her, or even snip a bit of her dress as keepsake. No wonder she would toss the bridal bouquet and run the hell away...

But today, the tradition relies on a flawed logic: that single women’s sole pursuit is marriage, so much so that they’re willing to publicly compete to attain it. It can be a lot of fun, sure, but the optics aren’t great. This is a wedding tradition that can be reformed.

Many brides are choosing not to throw the wedding bouquet, instead taking it home and letting it dry as a keepsake. Others are continuing the toss but inviting people of all genders to participate if they wish.

This one’s a biggie. If you’re getting married, no doubt it’s been on your mind. There are, of course, many considerations, not least among them whether you have or intend to have children and what their last name will be.

But the question of children aside, the central and most pressing consideration is what matters to you?

Is the symbolic union of sharing a name with your partner appealing, even essential to you? If so, you have options: you could take theirs or they could take yours, processes of equal headache, though the latter removes the patriarchy problem.

You could both hyphenate, though some couples complain that the elongated name can be cumbersome -- and there is always the issue of whose comes first.

Other feminist couples are together selecting a new name entirely, either from their respective family lineages (maternal or grandmaternal names are a good place to look) or just through discussion. That way the name they share reflects them equally and entirely. 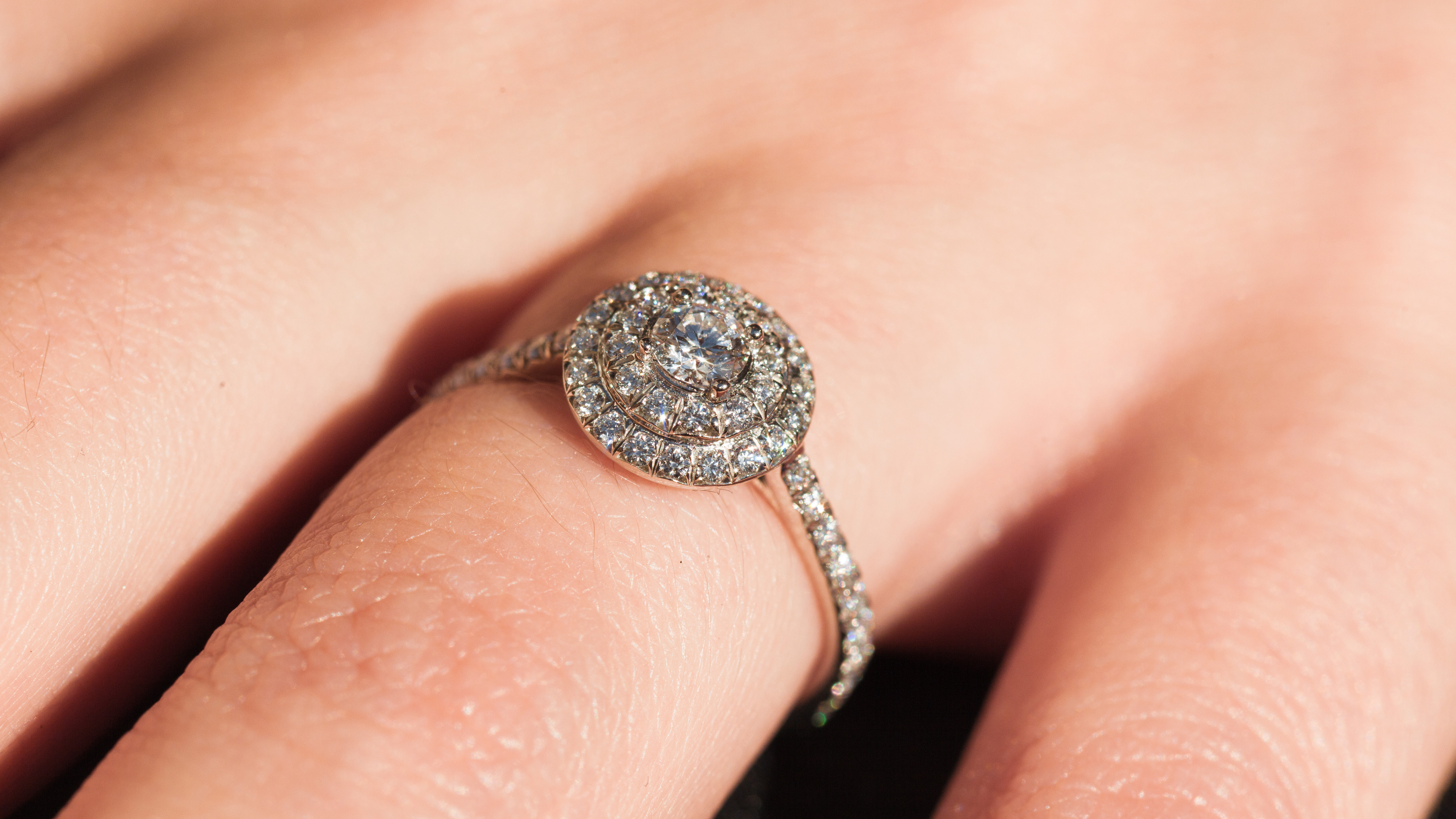 Your How-To Guide to Buying an Ethical Engagement Ring

Purchasing a ring, whether for an engagement or a wedding, is a big step: an age-old symbol of commitment and union. But the commerce of it, the industry, brings with it a heap of considerations.
Progressive Values
By clicking “Accept All Cookies”, you agree to the storing of cookies on your device to enhance site navigation, analyze site usage, and assist in our marketing efforts. View our Privacy Policy for more information.
Preferences
DenyAccept