The “Tasting of Four Elements” Ritual

Where Does it Come From?

The “Tasting of Four Elements” is a Black diasporic wedding tradition with its roots in the culture of the Yoruba tribe, both in Nigeria and Benin. Given West Africa (and particularly Nigeria) held many of the biggest deportation sites during the transatlantic slave trade, many Black Americans have adopted the tradition as a means to honor and reconnect with African roots.

What Does it Symbolize?

In the Yoruba tradition, the couple samples four “flavors,” intended to symbolize four distinct and inevitable elements of marriage: cayenne pepper represents “heat,” lemon or lime “sourness,” vinegar “bitterness,” and honey “sweetness.” In keeping with the “for better or worse” trope of Western vows, this Yoruba tradition allows the couple to meditate on the breadth of emotions they will feel for their partner over the course of their marriage, and to accept them willingly.

For Black Americans, Canadians, and Caribbean folk, there may be the added symbolism of calling upon West African roots and ancestors during the ceremony —  a way to acknowledge one’s own cultural heritage. Some Black Americans prefer the ritual to traditions like jumping the broom, given the latter’s painful antebellum history and cultural antecedents in Western Europe

How to Carry Out a "Tasting of Four Elements"

Couples generally incorporate the ritual either instead of or just before the recitation of traditional vows. The combination of the two allows both a verbal promise and a visually symbolic one.

As the couple is sampling the elements, it can be helpful for the officiant to explain what each represents, and perhaps to offer context on the tradition more widely, particularly if the guests and participants themselves are not firmly rooted and well-versed in Yoruba cultural tradition.

Many contemporary couples are also customizing the ritual, substituting foods of their choosing to represent heat, bitterness, sourness, and sweetness. One can also involve their guests to gather around and watch the participants’ faces as they sample each of the symbolic elements. 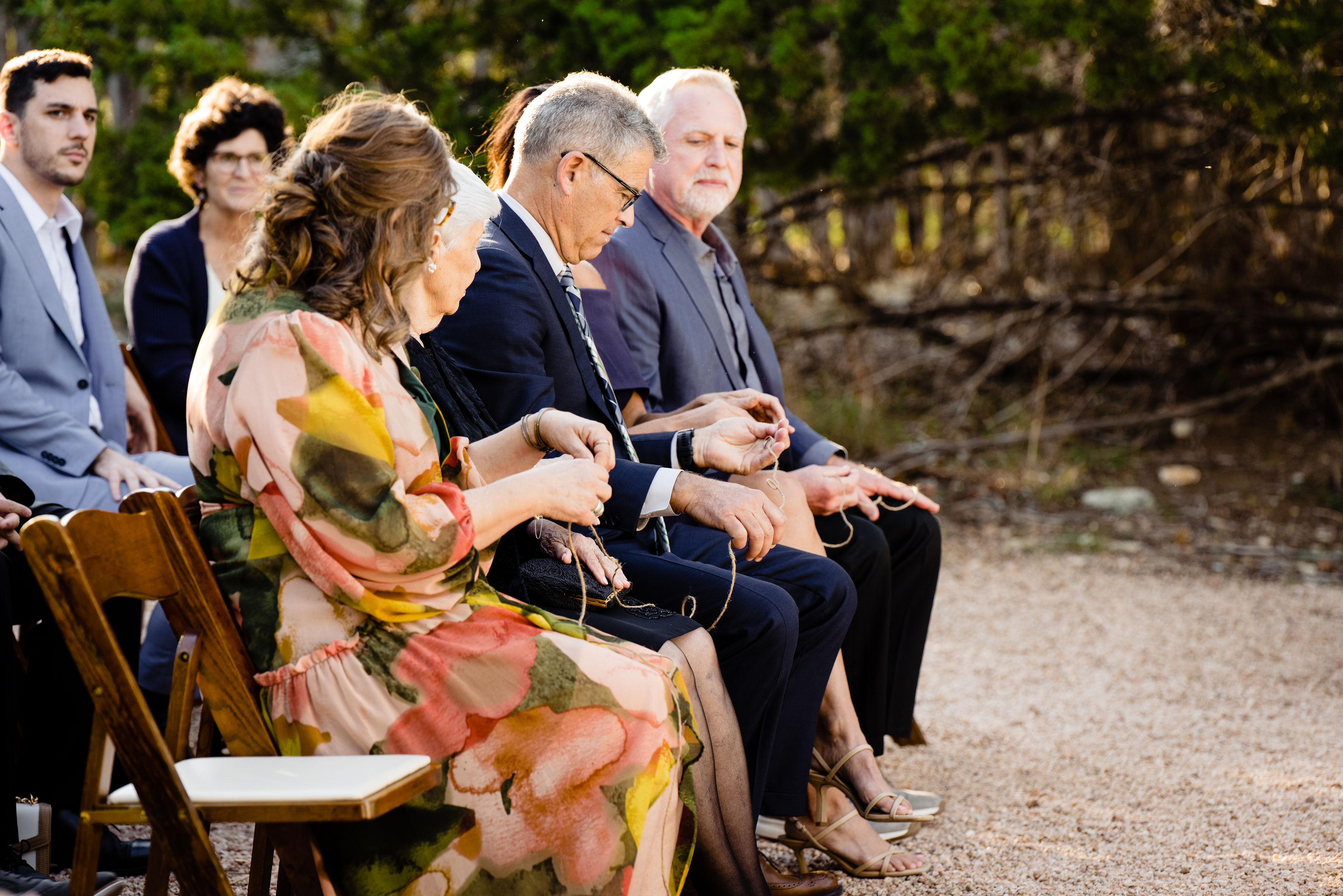 What Is The Meaning Behind A Ring Warming Ceremony And What Is Its Origin?

Wedding ceremonies have been steeped in traditions and customs for centuries, each one representing the love and commitment between two people. From exchanging vows and rings to the first kiss as husband and wife, every aspect of a wedding has a unique history and meaning. One tradition that has gained popularity in recent years is the ring warming ceremony, a touching and sentimental moment that adds a personal touch to any wedding celebration.

The “Jumping the Broom” Ritual

Perhaps you’ve seen the movie or that scene from Roots and are familiar with the tradition of a couple jumping over a broomstick at the end of a wedding ceremony, without fully understanding the history.
Rituals
By clicking “Accept All Cookies”, you agree to the storing of cookies on your device to enhance site navigation, analyze site usage, and assist in our marketing efforts. View our Privacy Policy for more information.
Preferences
DenyAccept