The “Jumping the Broom” Ritual 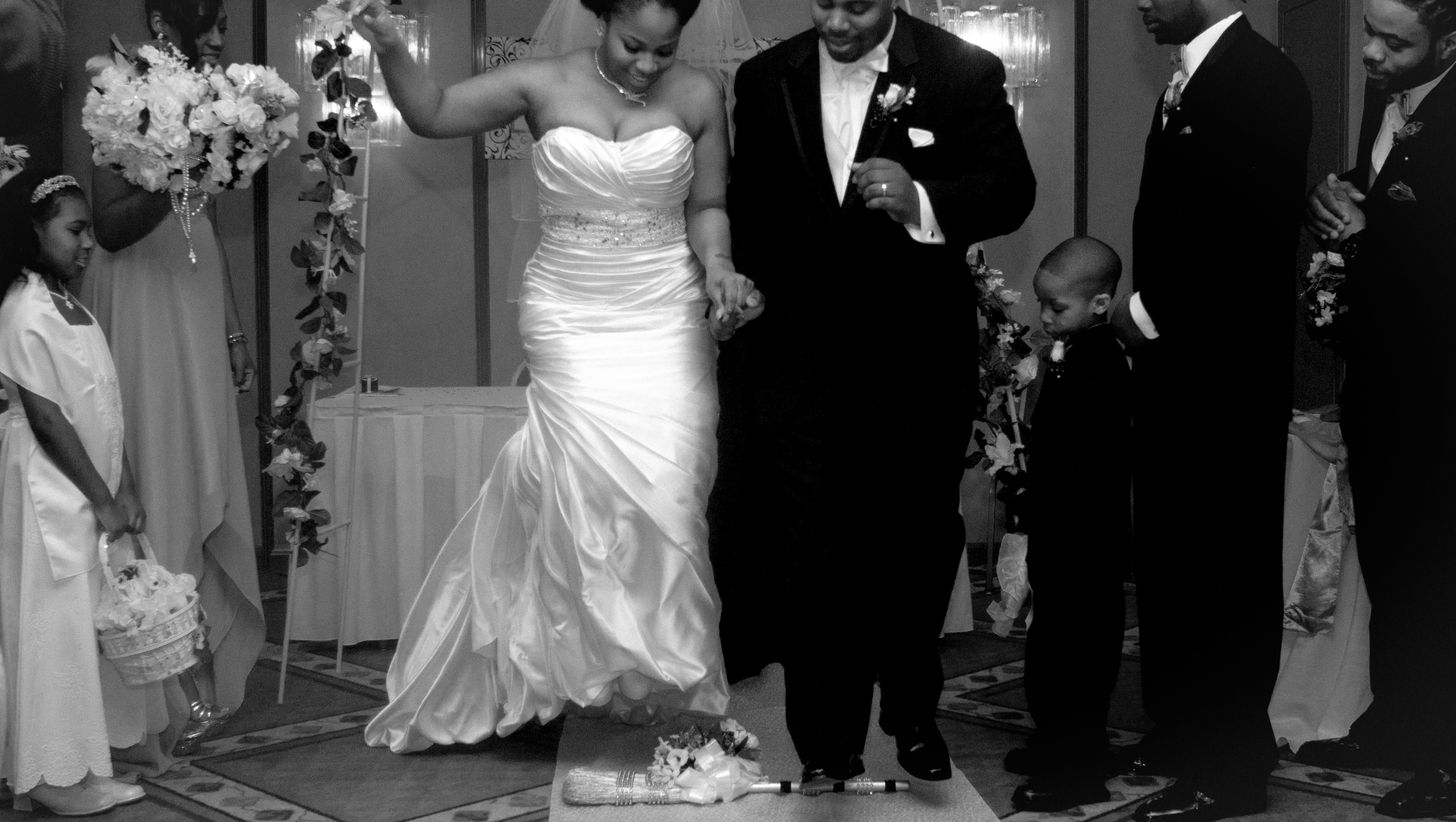 Perhaps you’ve seen the movie or that scene from Roots and are familiar with the tradition of a couple jumping over a broomstick at the end of a wedding ceremony, without fully understanding the history. “Jumping the Broom” is a fascinating African American and Black Canadian tradition, with roots both in the antebellum South and contemporary Black culture — one that today serves as a joyous, poignant way to honor one’s cultural heritage while entering a romantic partnership.

Where does it come from?

Despite largely contested claims of its roots in West African / Ghanian culture, most scholars date the practice of jumping the broom within the Black American tradition to the 1840’s and 50’s in the antebellum South. Denied the right of legal marriage by white slave owners, enslaved couples adopted the practice as a ritual to signify their entry into a commitment, a family unit distinct from more casual relations.

But scholarship in the past few decades has traced the tradition’s roots further, to the Welsh Romani (also known as the Welsh Kale) population who “jumped the broom” in their own elopement ceremonies. The exchange of the tradition between poor white Southerners, some of whom were the descendants of these Welsh and British Romani, and African American slaves presents a surprising — and to some, unsettling — development. Scholars disagree as to whether the exchange was informal or whether slave owners introduced the ritual of these “sham marriages” as a means of pacifying and sedating their enslaved. But evidence that “house slaves” entering into marriage generally preferred church weddings officiated by white preachers suggests that there was a stigma associated with these informal ceremonies.

In either case, it was widely adopted throughout the 19th century among Black Americans, but fell out of favor after abolition in 1865 and the ensuant Civil Rights Act of 1866, which granted formerly enslaved Black Americans basic human rights, including marriage.

What does it represent today?

Scholars tend to point to the publication and subsequent television adaptation of Alex Haley’s Roots, which was reportedly viewed by 85% of Black American households, as the source for the contemporary resurgence of the tradition. In a touching scene, the protagonist Kunta Kinte enters a marriage with Belle, jumping over a broomstick that has been blessed with well wishes from their community. Set in an era wherein slave marriages could be dissolved by white owners on a whim and vows routinely included the phrase until “death or distance” do us part, this scene represents a glimmer of hope and joy amid a landscape characterized by trauma.

Contemporary Black couples, largely inspired by this image, are referencing that cultural heritage when they choose to jump the broom: a history of immense pain and defiance through joy despite it.

How is it performed?

Though it differs from couple to couple, the ritual almost always comes at the end of the ceremony, as a final “send off” into married life. Couples or their communities often decorate the broom in a style that suits them, then ask for blessings from attendees. Then, on the count of three, they lock arms and jump over it.

You can see videos of couples performing the tradition here, here, and here. 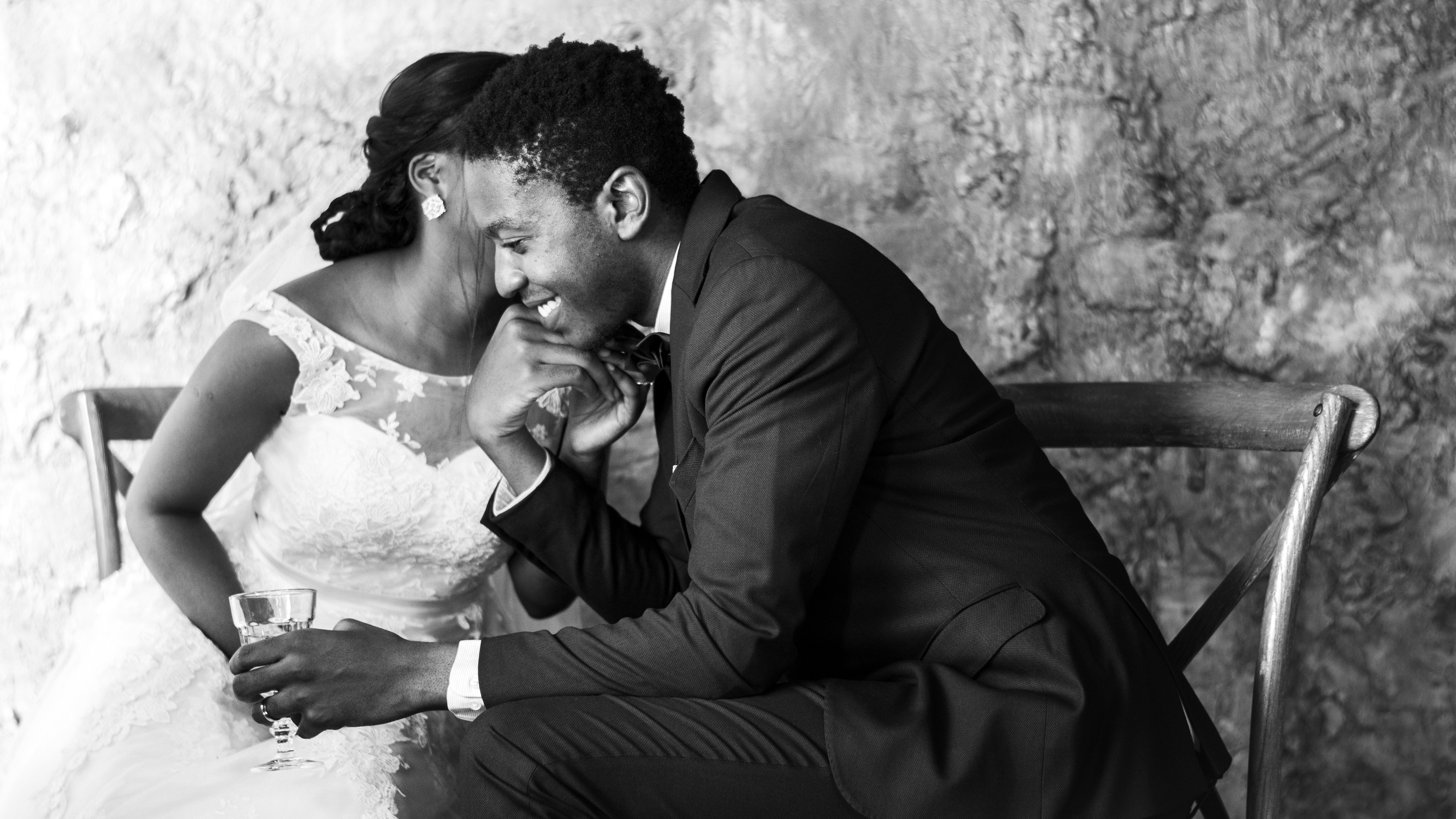 The “Tasting of Four Elements” Ritual

The “Tasting of Four Elements” is a Black diasporic wedding tradition with its roots in the culture of the Yoruba tribe, both in Nigeria and Benin. 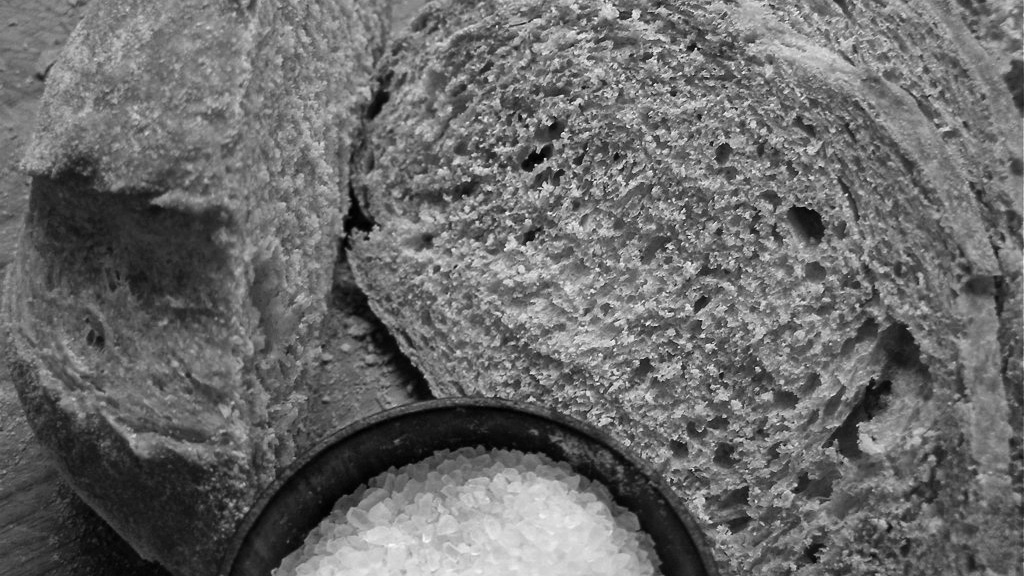 Providing an offering of bread is a timeless gesture, a ritual of hospitality going back thousands of years. It's easy to spot a common version of this even today when you sit down at a restaurant and receive a basket of bread at the table.
Rituals
By clicking “Accept All Cookies”, you agree to the storing of cookies on your device to enhance site navigation, analyze site usage, and assist in our marketing efforts. View our Privacy Policy for more information.
PreferencesDenyAccept